Latin American Masters presents an exhibition of eleven recent paintings by Fernando de Szyszlo (Peru, 1925). The exhibition alternates between architectonic landscapes and figurative abstractions. Among the figural works is Death and the Maiden, 2012 (70 x 156 inches). The painting features a central totem-like figure, adorned in crimson feathers and back-lit in a dark interior. What appears to be an altar or bed is visible in the background.  A second figure, composed of stone and fluttering veils, watches the proceedings from a near by window.  Contrasting effects of shadow and light enhance the paintings overall feel of menace.

Fernando de Szyszlo is regarded as a key figure in the development of Post-War abstraction. He is credited with having created an abstract language with roots in both European and pre-Hispanic cultures. He has had over one hundred solo-exhibitions, including: Palazzo Strozzi, Florence and Museo Rufino Tamayo, Mexico City. In 2011 Fernando de Szyszlo was honored with a retrospective at Museo de Arte, Lima. He has participated important international exhibitions, including: The Emergent Decade, Guggenheim Museum, New York, and Art in Latin America Since Independence, Yale University. His paintings are in the collections of numerous museums, among them: The Museum of Modern Art, New York; Guggenheim Museum, New York; Museum of Fine Arts, Houston, and Museo de Arte Moderna, Sao Paulo, Brazil. 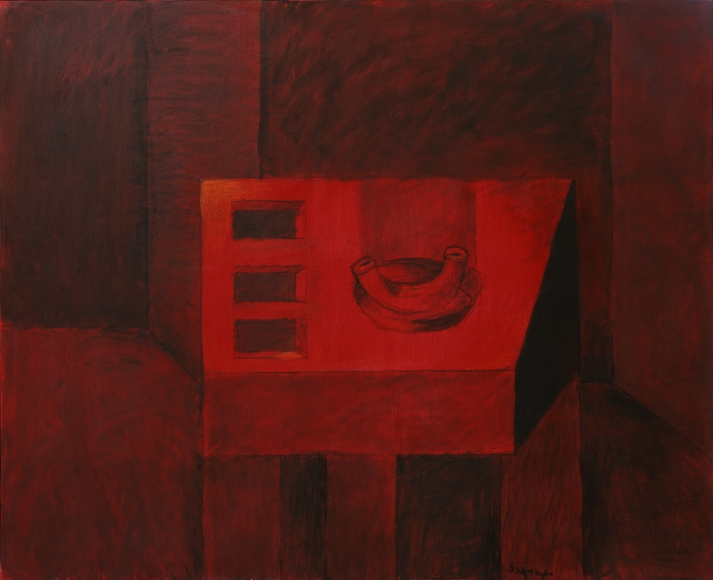 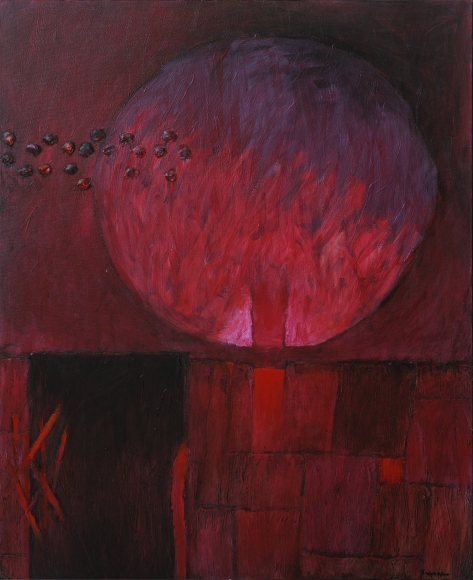 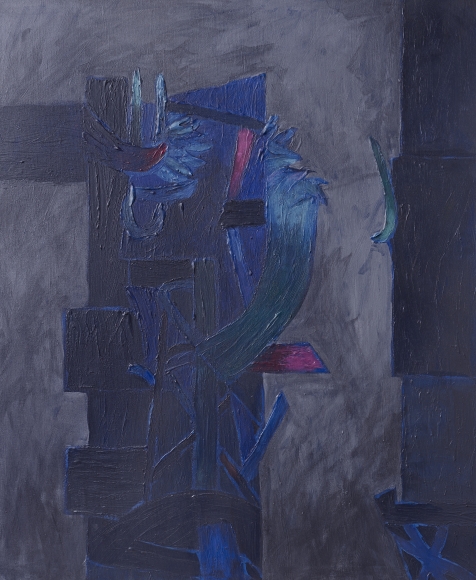 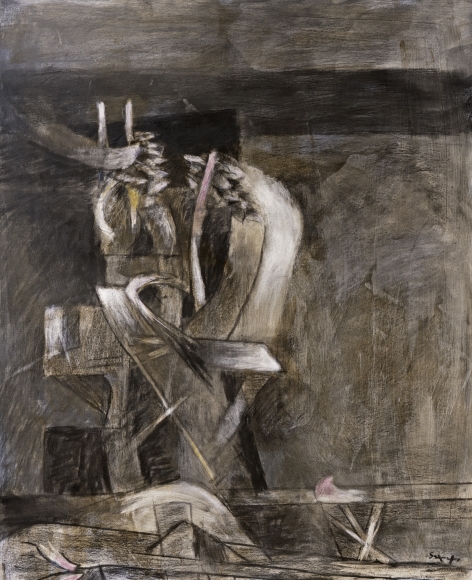 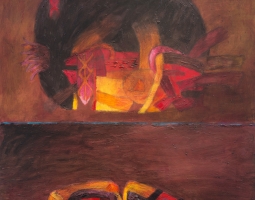 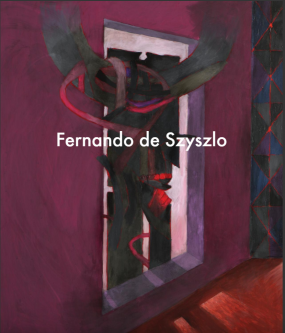 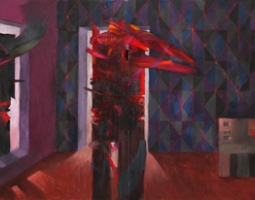